What is a screenwriter? 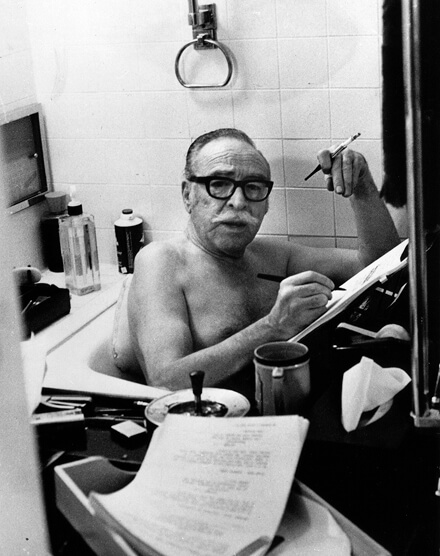 [1] Billy Wilder is the greatest screenwriter of all time.
[2] Question: How many screenwriters does it take to screw in a lightbulb? Answer: One, but 99 bystanders who keep telling him what he’s doing wrong and how things could be done much better.

How to become a Screenwriter

As in many creative professions, there’s no set educational path to becoming a screenwriter. One of the most important questions to ask yourself is whether to study at a film school or not. Above all, this course of action can help you to get into the right circles of people who also (want to) work in the industry. If you surround yourself with like-minded people and make contacts, that alone makes it easier for you to learn the most important writing techniques that are needed as a screenwriter.

The best way to become a good screenwriter is, quite simply, by occupying yourself with screenplays. Reading good screenplays definitely helps to understand the structure and architecture of visual stories. From then on, getting the format right is just a piece of cake. And of course: you’ve got to write, write, write. Completing a project from the logline to the finished script requires a lot of diligence and perseverance.

Other essential skills that you need as a screenwriter are the implementation of notes, i.e. the mental flexibility regarding your film stories, as well as working fast and well under pressure. This differentiates the screenwriter significantly from the author, who is usually not a commissioned writer. The author usually creates self-determined works and remains the master over his stories. Film however is teamwork and this is already evident in the writing process.

Of course, screenwriting is one side, but any success in the industry depends very much on the screenwriter’s ability to sell their work. A screenplay itself is just a blueprint. Important keywords: networking events, e-mail query letters, pitches, maintaining contacts. In addition, a thick, emotional skin is called for, especially when you have a lot of conversations and consistently write, but the film projects die at various stages of production over many years.

With these tips, nothing stands in the way of your screenwriter career. Except hard work and a bit of luck…